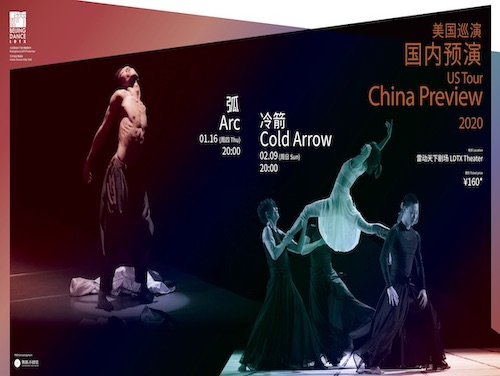 Warming up to its 2020 US Tour, BeijingDance/LDTX will be pre-showing its programs in several cities in China: Arc in theaters in Nanjing, Zhuhai and Beijing, and Cold Arrow – Game of Weiqi (Go)Beijing. Life is an arc, and also a game of chess. We await on the dynamics when arc meets chess.

Arc is the first full-length work by BeijingDance/LDTX resident artist, ADIYA, and is a symbolic reflection on the arc of life. The concept was inspired by dkyil’khor, the process of creating the Tibetan sand mandalas where lamas would create a graphic symbol of the universe. It was well received at last year’s premiere. Following on the performances in China, Arc will be extended to Philadelphia, Pasadena, Irvine and Dallas.

Cold Arrow – Game of Weiqi (Go), choreographed by LI Hanzhong and MA Bo 13 years ago, has become a classic in the company’s repertoire. Life is like a game of chess, sometimes confronting, sometimes complying. Invited by the world-renowned California Institute of Technology, following its performance in China, LDTX will perform Cold Arrow – Game of Weiqi (Go) at Ambassador Auditorium in Pasadena. 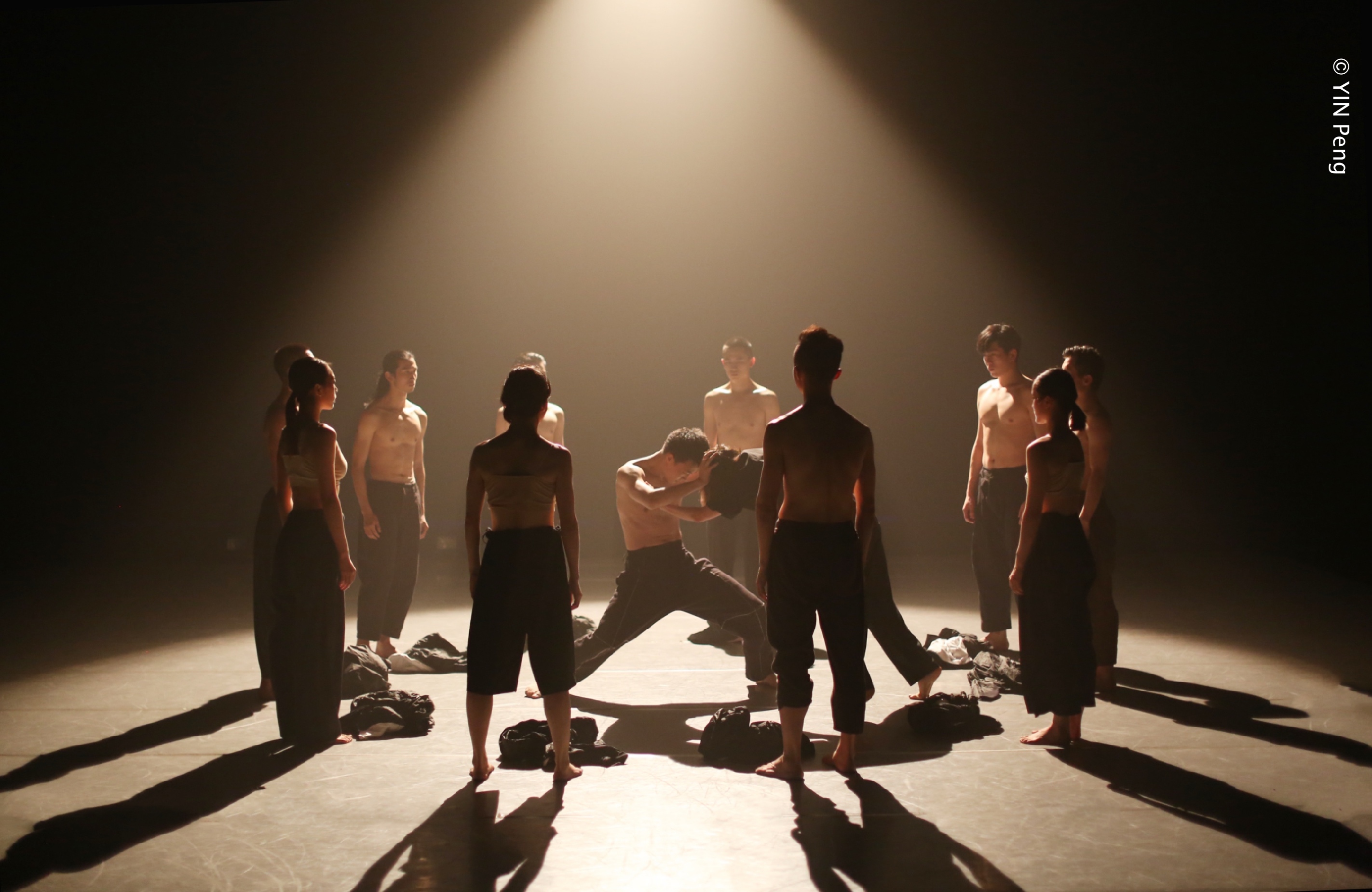 Arc marks Adiya's artistic transition from dancer to choreographer, and symbolizes the ups and downs, the ebbs and flows of one's life. What is similar is in its reincarnation, what is different is in its landscape.

Arc may be static, but can also reflect a kaleidoscope of life, while one may be deviating from one's path of life, no one can run away from one's destiny. 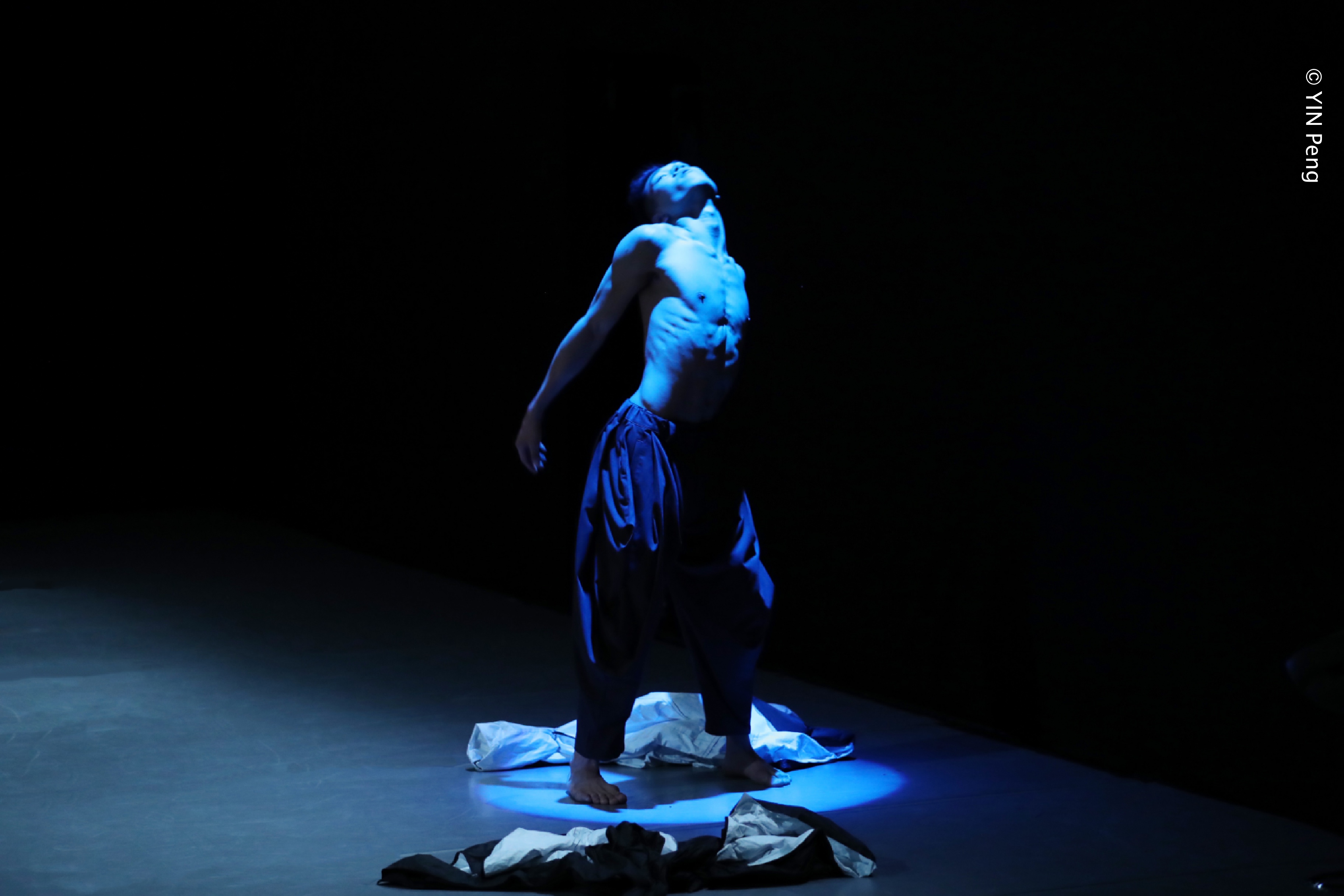 The concept was inspired by Tibetan sand mandalas. The process of creating a mandala would begin by drawing out the geometric measurements, and then filling it in by intricately laying down the colored sand. 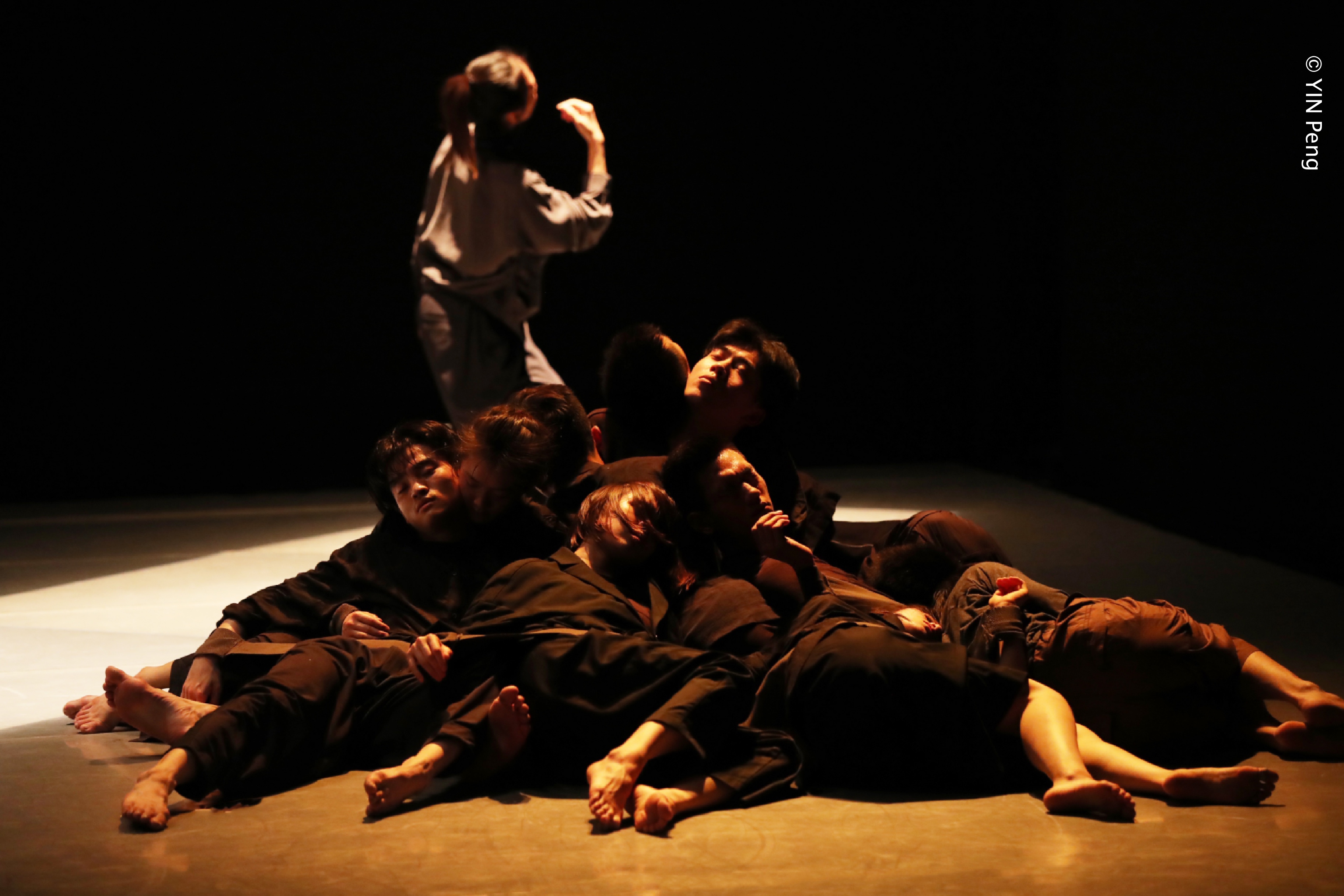 The creation would take place over a long period, from hours to days or even weeks. When the mandala was completed, the lamas would ritualistically dismantle it, letting the sand to go back to its original form, thus symbolizing the Buddhist doctrinal belief in the transitory nature of material life.

We are all trapped in besieged fortresses whereby we are constantly faced with choices and struggles.  How we react to these may vary, but this is exactly how the world maintains its bewitching patterns of balance. 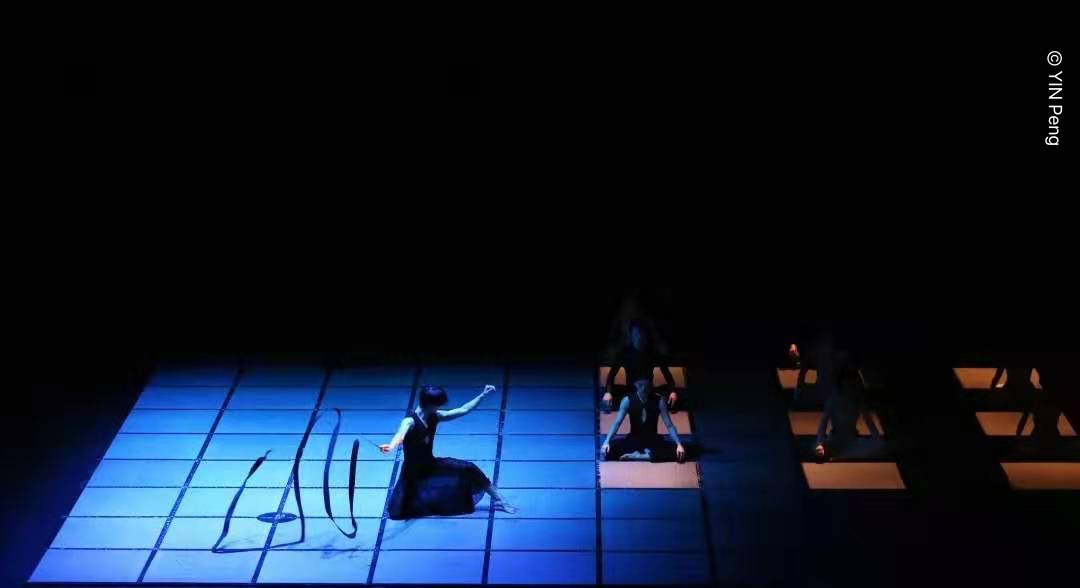 Although it has been 10 years since it was debuted, time may wither but the game remains as brilliant and extraordinary…

Cold Arrow – Game of Weiqi (Go) was premiered in Beijing in 2006. This modern dance work is rich in Chinese cultural imagery which served as a dynamic debut for the newly formed BeijingDance/LDTX then. 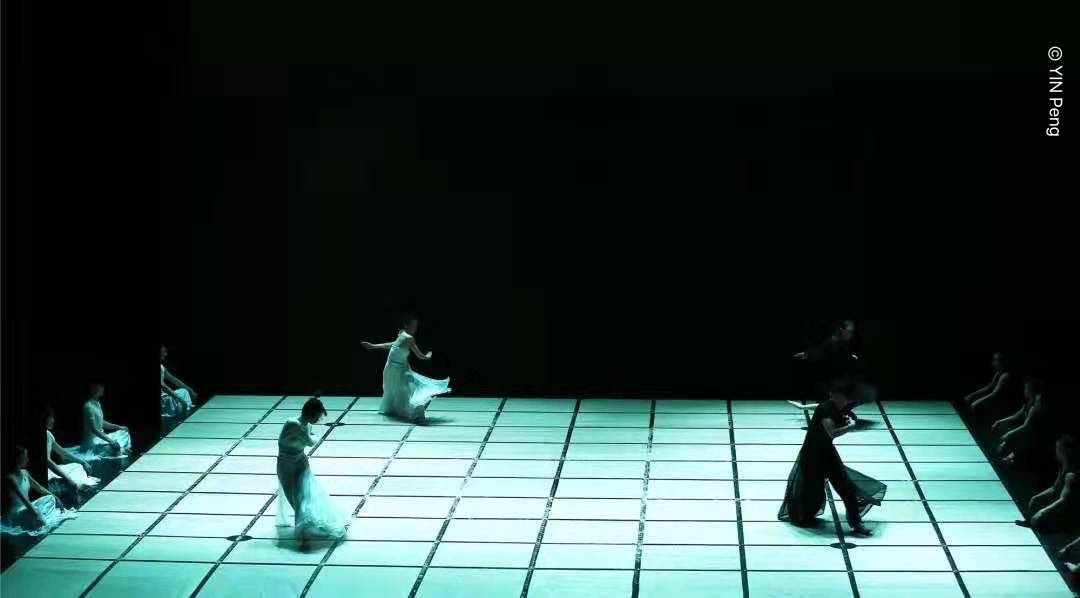 Life is like a besieged fortress requiring us to take steps, often what we see in the small steps we take, we see black and white, good and bad, pro’s and con’s. Drawing on the Go game (weiqi) and music by American bass musician, David Darling, co-founder LI Han-zhong and Executive Artistic Director MA Bo created the piece with soul and strength, with dancers maneuvering in between each of the squares of the game board, perhaps similar to how each of us is maneuvering among people in our daily life. 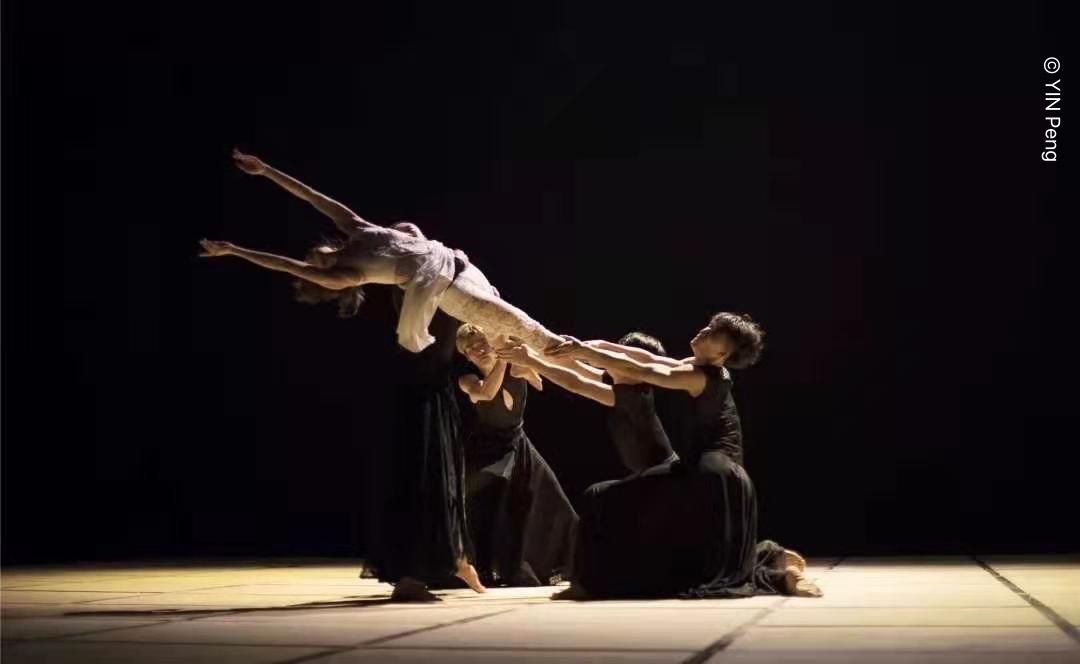 *Reminder：No children under 1.2 Meters are allowed into the theater