Spring Begins signi es the start of good things and the release of accumulated knowledge. Every year, BeijingDance/LDTX provides a platform for dancers to showcase his/her choreographies; the 2019 showcase is scheduled to take place around the season of Spring Begins. Eleven choreographers: CHEN Wei-jie, FENG Xiao-ming, HAO Ying, Alexis KAM, Lico LI, MA Yue, SHEN Wan-ying, SUN Meng-yao, TIAN Ru-meng, WU Mi, and ZHANG Xue-feng, present two showcases with four evenings of original works, as a re ection of the experience gained and growth achieved, and also as a presentation of one’s individuality, attending to oneself, and as a way to communicate and convey to the society and to the world.

2019 Spring Begins consists of individualistic pieces full of energy with wild creativity, inviting audience to take part and engage in conversations with the dancers.

*Discount can only be applied once

Note: Ticket sold is not refundable 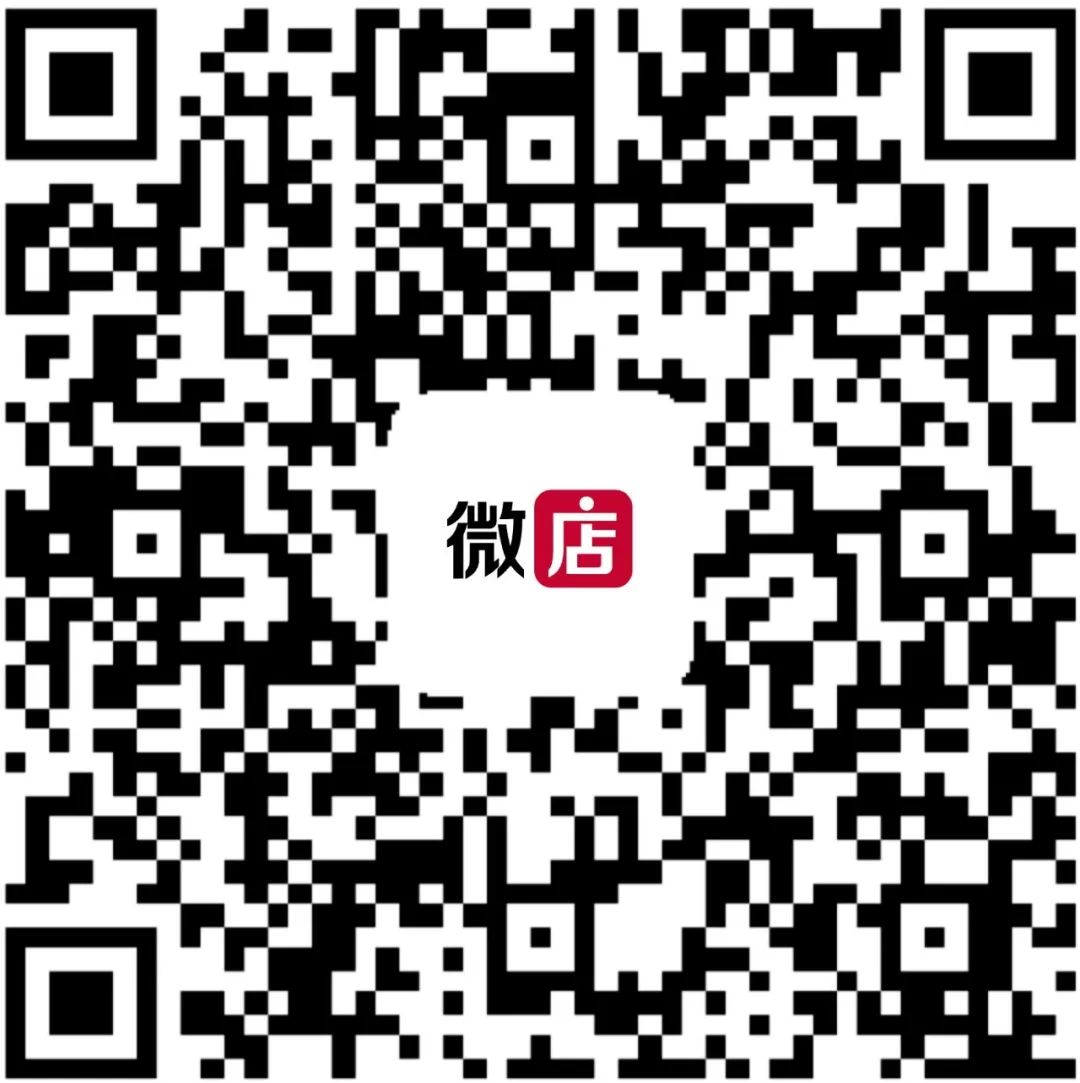 Morphing at a Distance 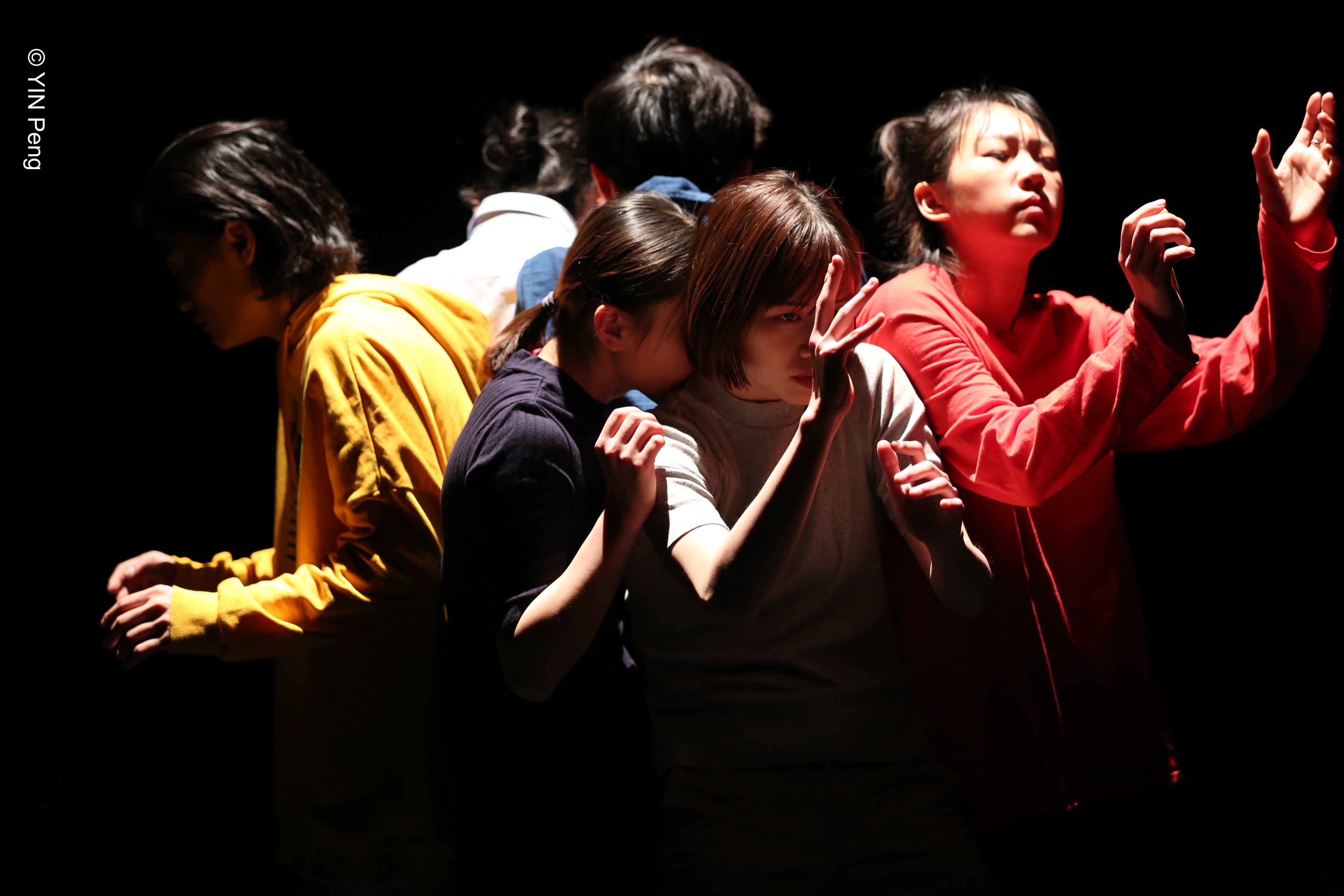 Would one’s sense of existence be vanished when one feels his individual space in the broad environ- ment is no longer enough. How would he choose to survive between bene ts and values, is it to  ght or to adapt?

Born in Yueyang, Hunan Province, WU Mi studied dance at Changsha Vocational Secondary School of Art from 1998 to 2003, majored in dance at LsSalle College of the Arts in Singapore from 2003 to 2005. In 2005, he was awarded full scholarship to study Ballet at Hong Kong Academy for Performing Arts School of Dance and obtained Advanced Diploma in Arts in 2007. He also received grants and scholarship from Asian Cultural Council and HSBC Banking Corp to attend summer intensive program at Ailey School of the Alvin Alley American Dance Theater in New York. WU joined Singapore Dance Theatre as a soloist in 2007 and later with T.H.E. (The Human Expression) Dance Company as both a dancer and rehearsal assistant. WU joined BeijingDance/LDTX as a dancer in September 2017. 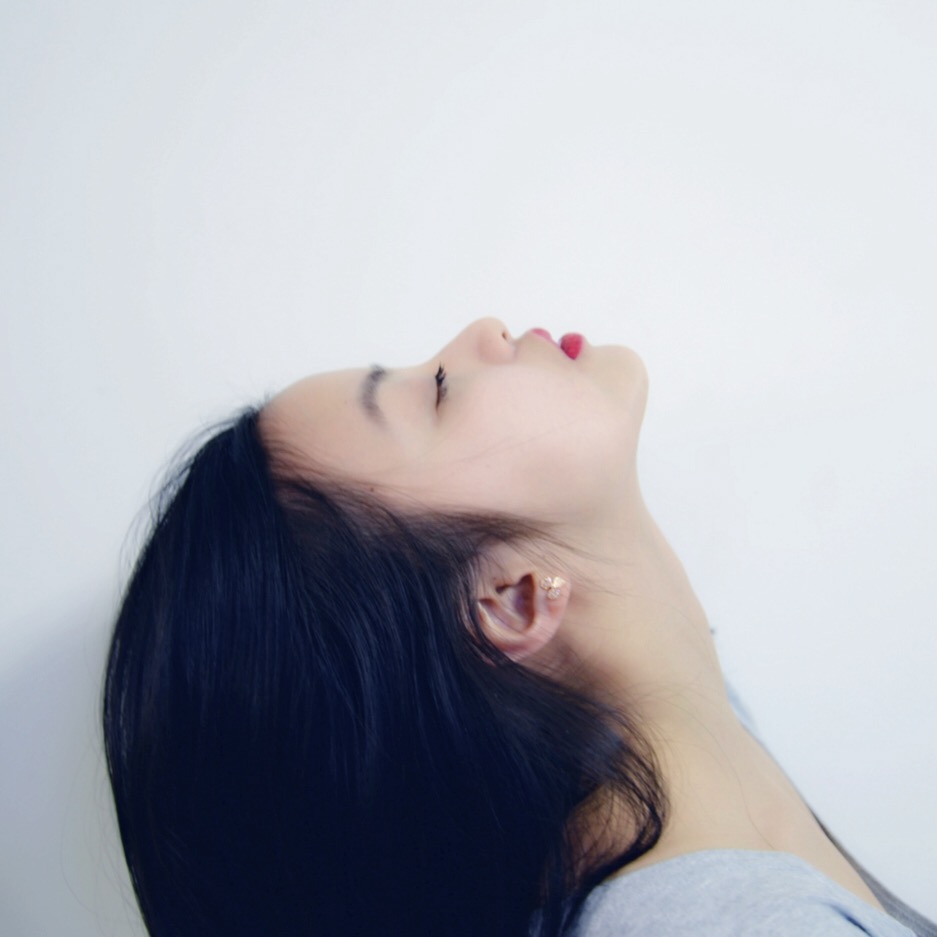 Stories are being told with my own sound, while what you would see as a spectator I would leave it to you...Would we share the same feeling...I long for your arrival.

Born in Mianyang, Sichuan Province of Jiang enthicity, TIAN Ru-meng studied Ballet at the Sichuan Vocational College of Art (formerly Sichuan Dance School) from 2004 to 2010, majored in dance performance in Sichuan Normal University from 2012 to 2016. TIAN joined BeijingDance/LDTX as a dancer in August 2016.

The Future Is Right In Front Of Your Eyes 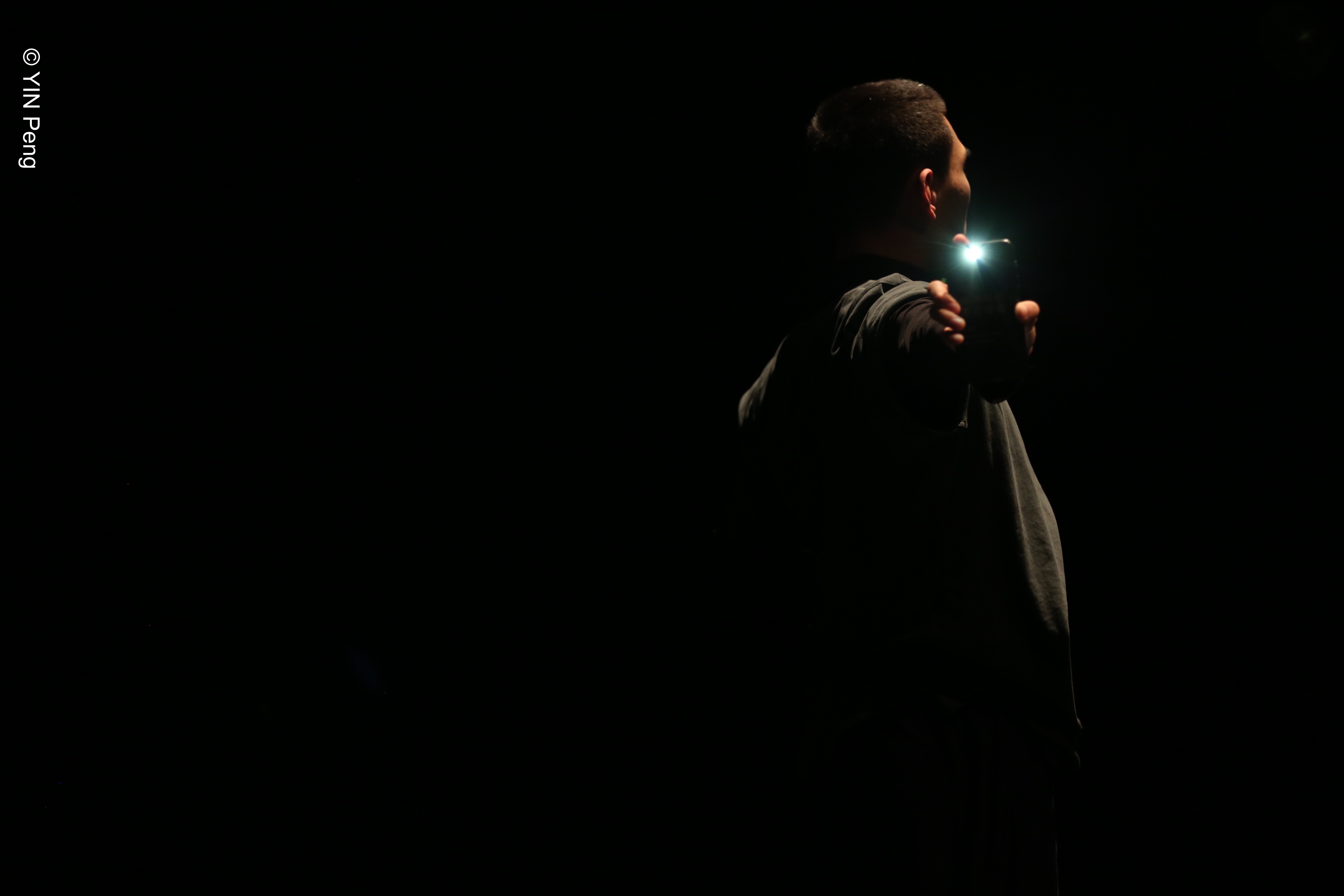 My life is like an ever  owing river at great speed, because I am fond of the ocean and I long for the boundless sky; even if I have to walk on the path from the peak of the Himalaya Mountain to the abyss of the Paci c ocean.

I have already known that it will not be a usual path full of turmoil, exposure to the blazing sun and of the freezing snow, hit by falling rocks and burn by chilling wind...

In the unknown zone and in this unknown world, dri ing but not going along without a destination, but it is a journey of the inner world, not so much on the far away but more on the present.

Born in Jieyang, Guangdong Province, CHEN Wei-jie attended the Guangdong Police Academy studying investigations from 2013 to 2017. Dance Theater Company as a dancer in 2017. CHEN joined BeijingDance/LDTX as a dancer in January 2018. 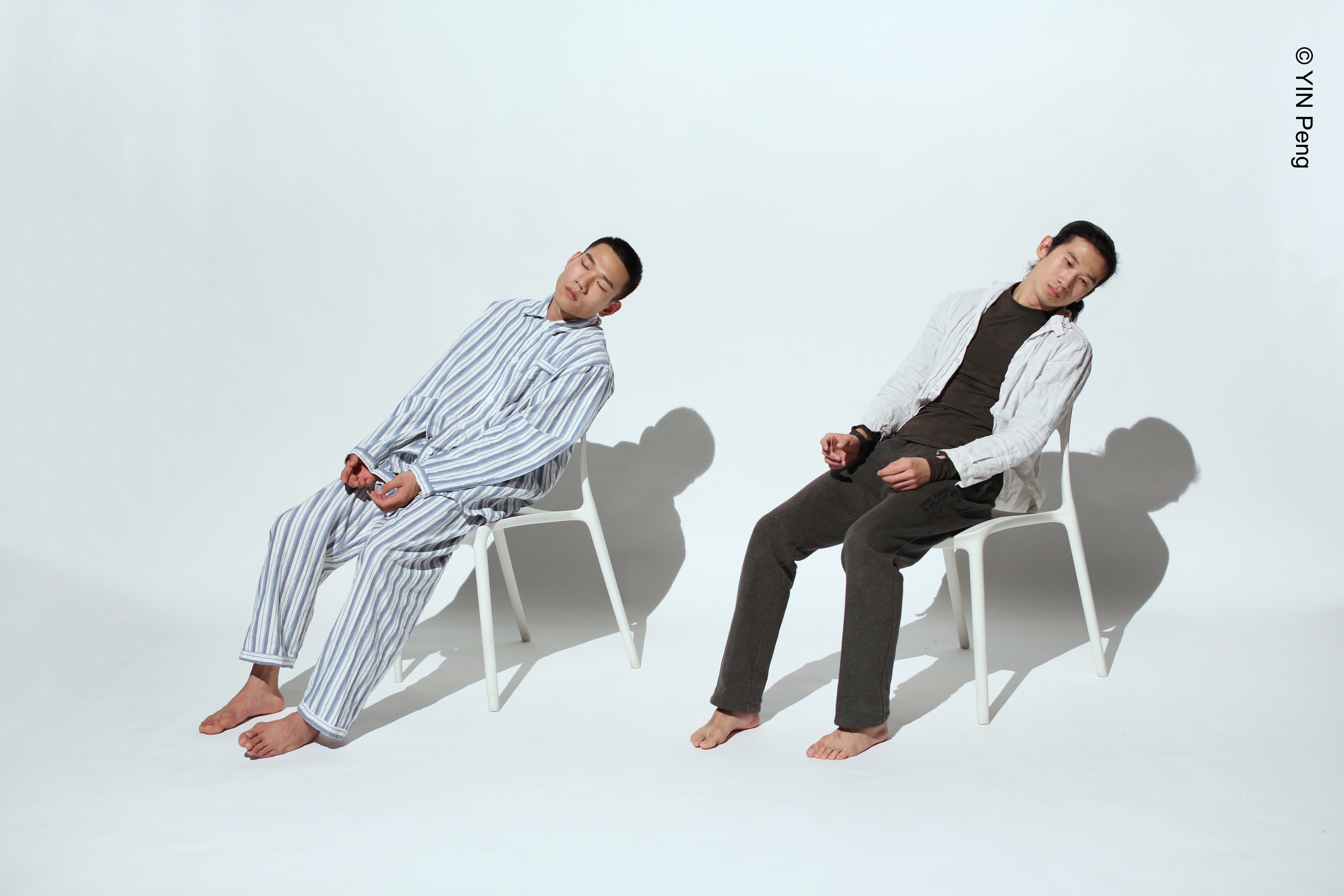 Life is imaginary, your thoughts are keeping him alive. If you think you have a never ending life with substantiated thoughts and a  rm mind, then you will have a life, otherwise, you will be like a zombie. We need to reach out to life then you will gain a life. 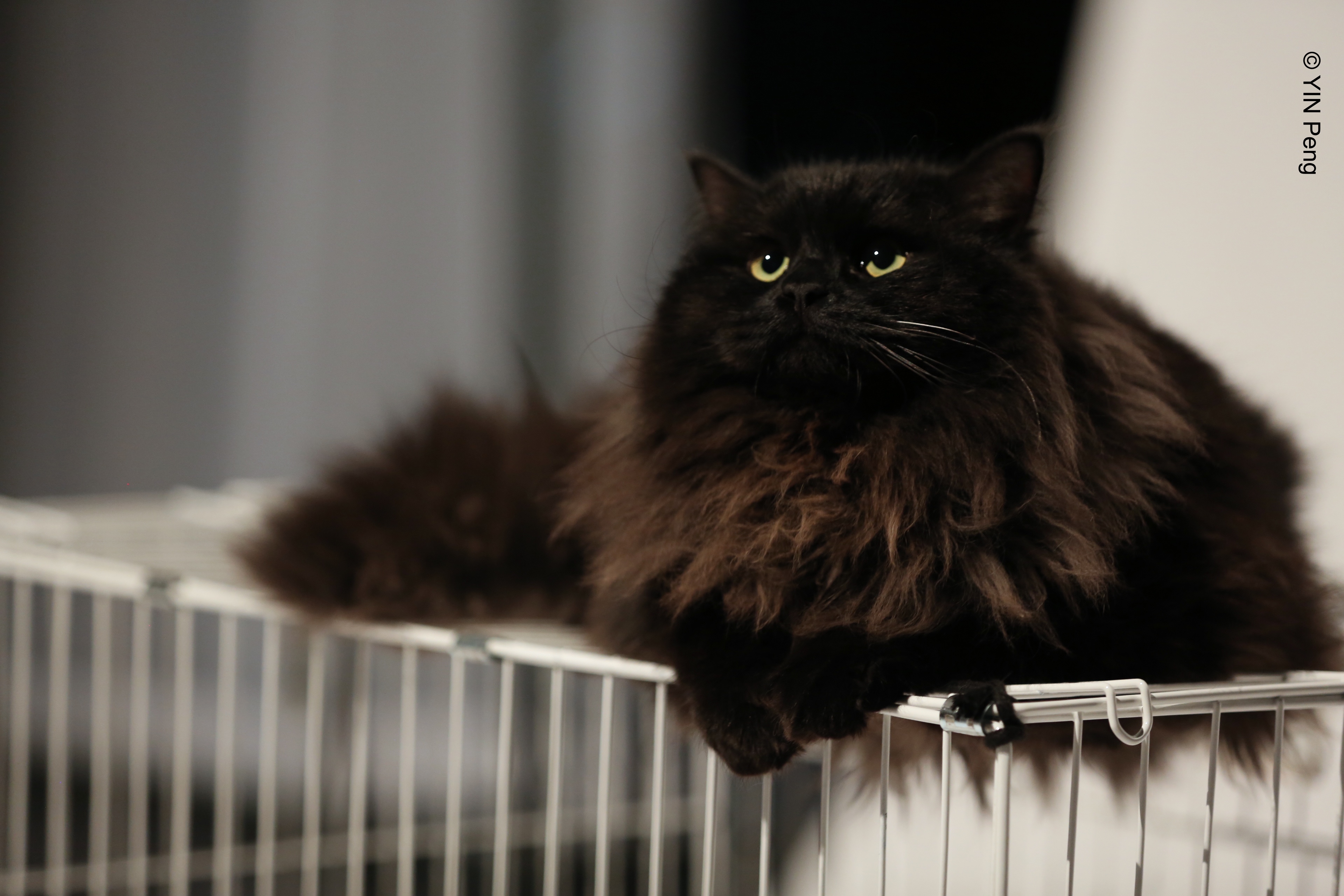 Born in Shijiazhuang, Hebei Province, HAO Ying studied dance at Beijing Normal Univeristy School of Arts and Communication from 2011 to 2015, obtained a Masters degree in choreography at Minzu University of China School of Dance in 2018. HAO joined BeijingDance/LDTX as a dancer in November 2016. 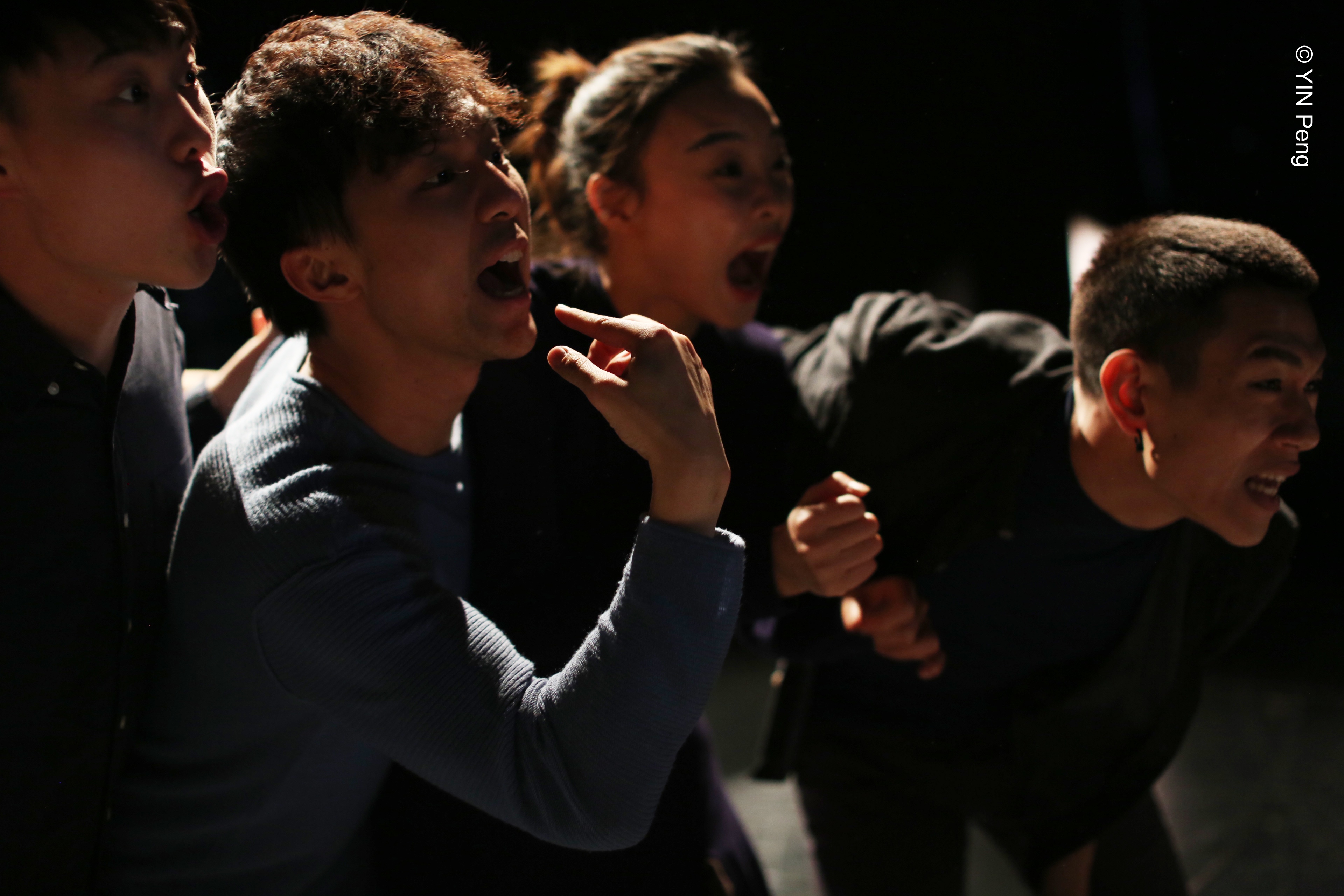 A story about a group of psycho folks. 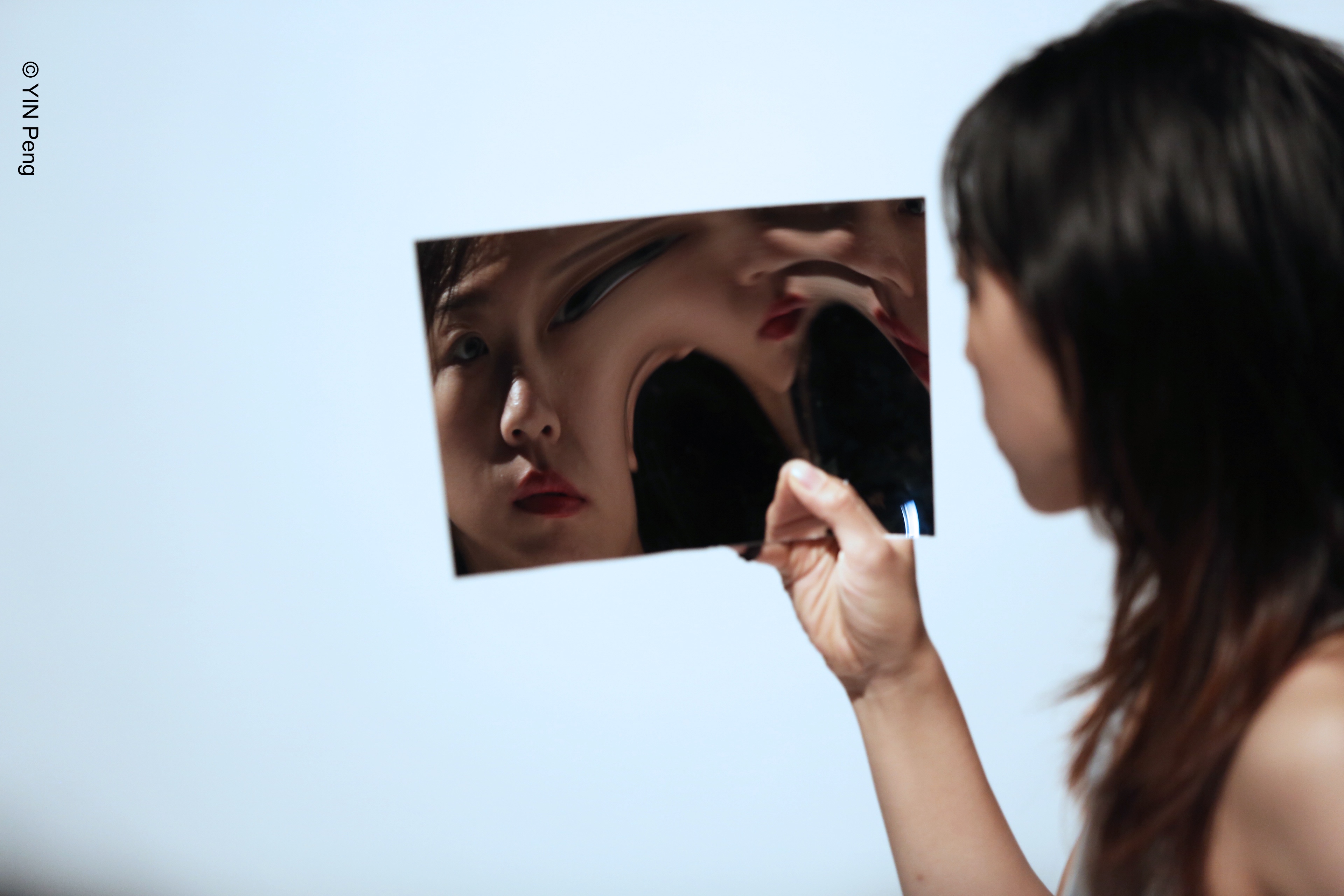 Life is destined to be a lonely journey. Proceed, stop, move on again, at a halt again, then at some point you would simply stop going. Staying put, reminiscing, forgetting some people. At the end it’s as if setting up a forever tomb of time. 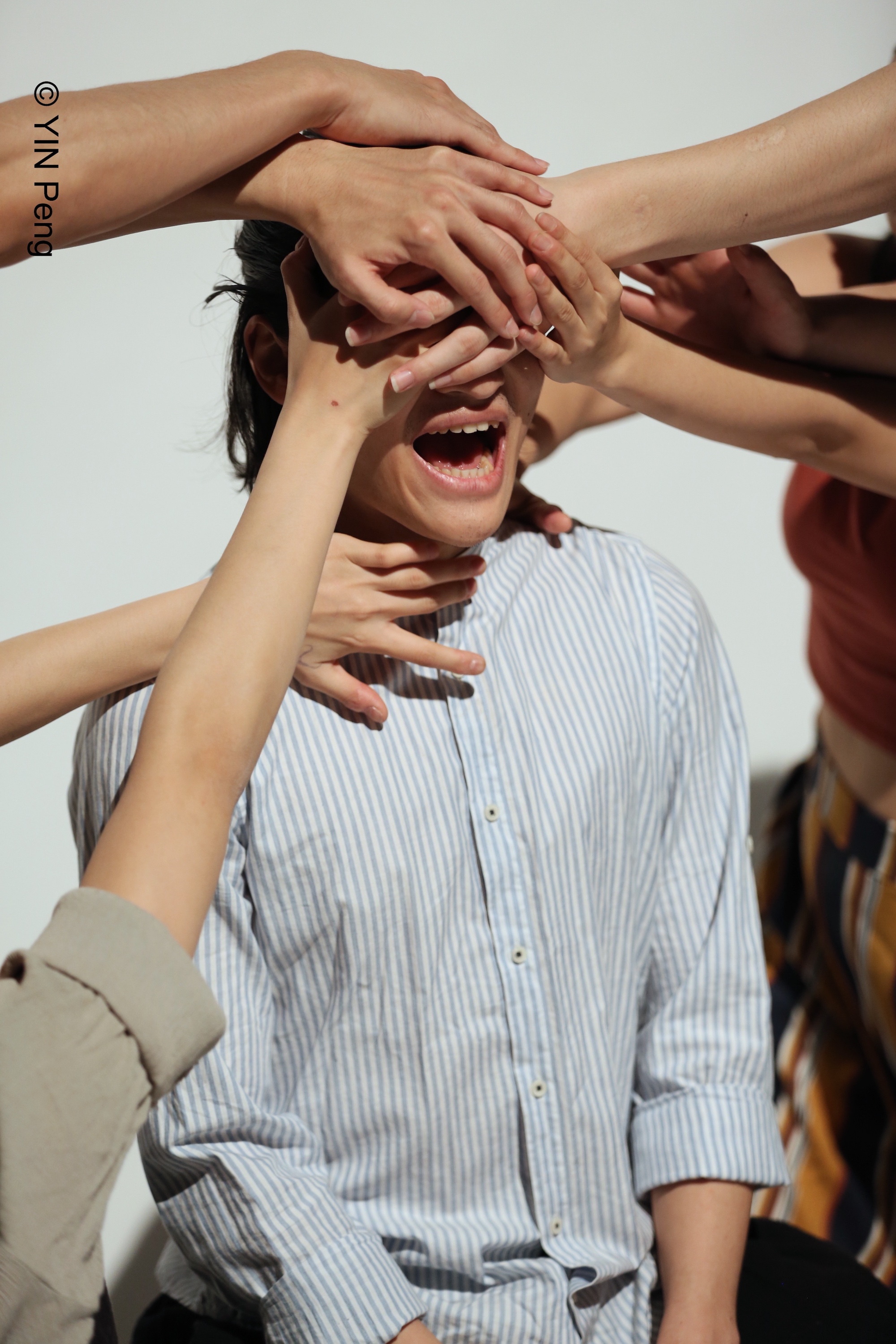 Is what you see is what is real?
What if you can no longer see tomorrow,
Would you remain calm & open and travel around?
Or become narrow and agitated afraid of stepping forward?

Born in Xuchang, Henan Province, SHEN Wan-ying studied Chinese Dance at the School of Dance of Sichuan Conservato- ry of Music from 2009 to 2013, joined Shanghai Dance Theatre upon graduation in 2013 and Guangdong Modern Dance Company in 2014. SHEN joined BeijingDance/LDTX as a dancer in January 2017.

The Two Persons Inside 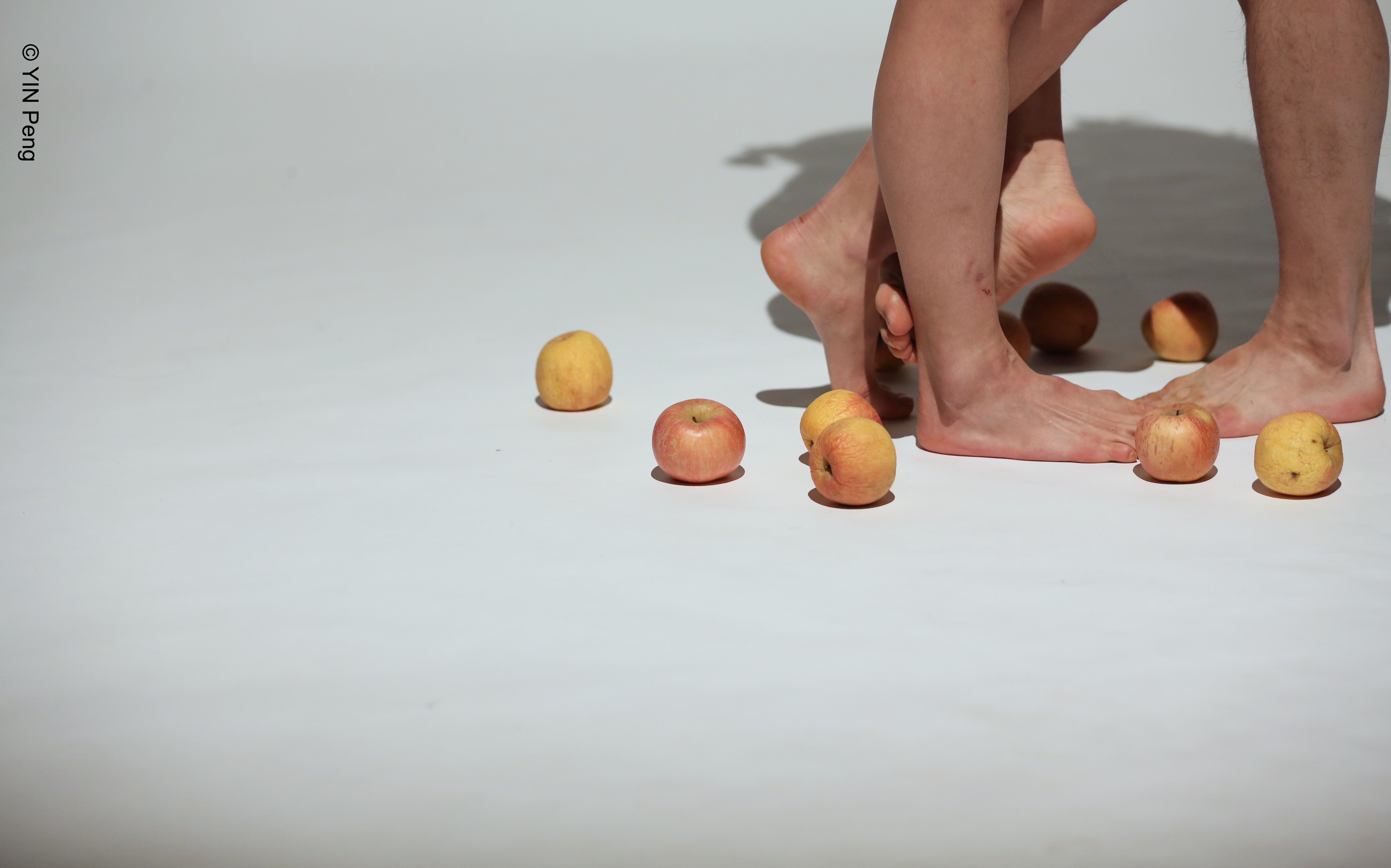 “Perhaps the ultimate quarrel of a desire is to be fully  lled in, met, so that I desire no longer. The ultimate melancholy experi- ence is the experience of the loss of desire itself.” 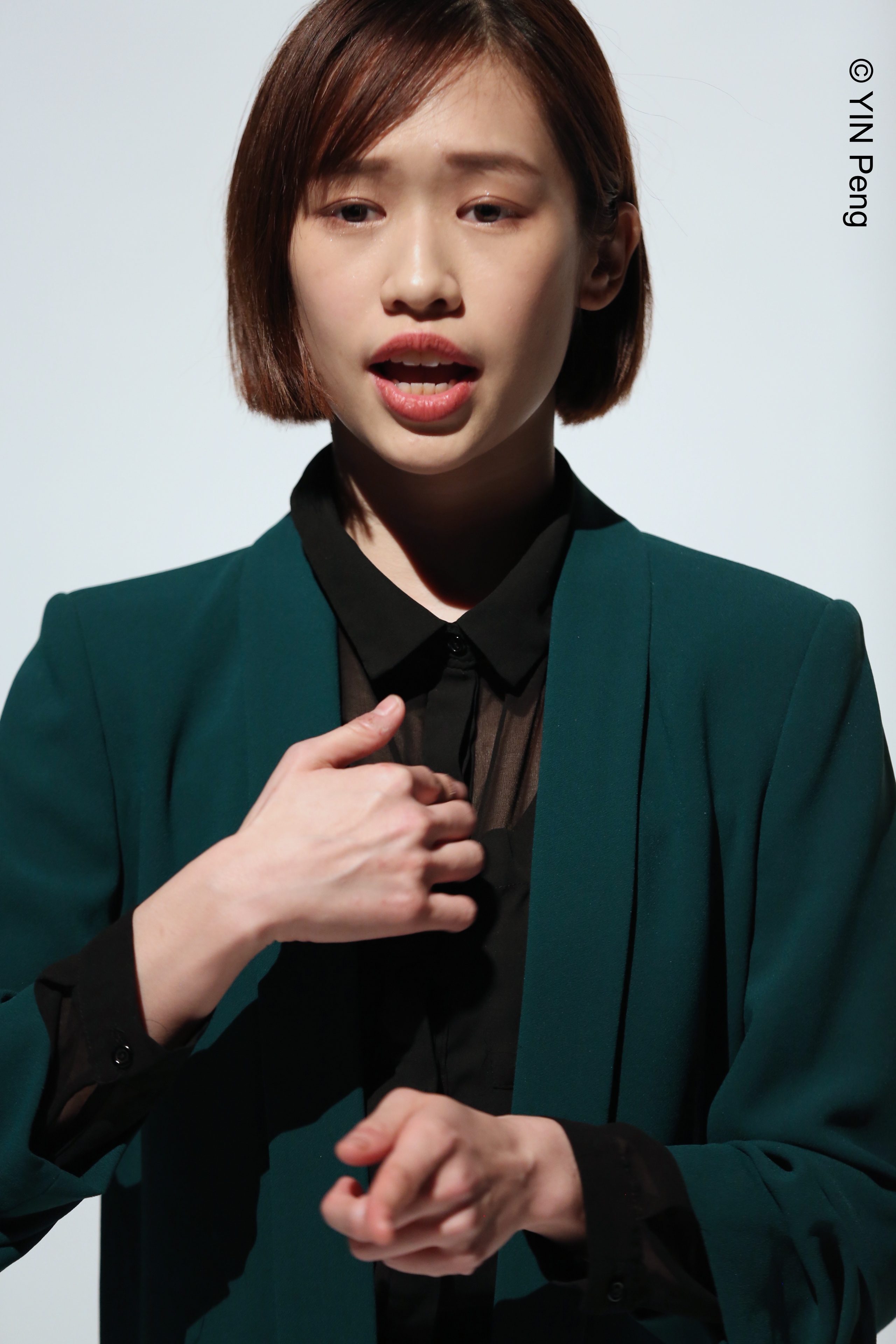 We use language to communicate because we were born and told to be so. But have you imagined if language is not accurate? It cannot convey nor describe everything?

Born in Macao SAR, Alexis KAM studied Ballet at the School of Dance of Macao Conservatory from 2005 to 2009, majored in Ballet at Beijing Dance Academy majoring from 2010 to 2014. KAM joined BeijingDance/LDTX as a dancer in September 2014.

Born in Tianjin of Hui ethnicity, MA Yue studied dance at Tianjin Art Vocational College (formerly Tianjin Art School) from 1998 to 2004, joined Tianjin Song and Dance Theatre Song and Dance Troupe as lead dancer upon graduation; studied choreography at Department of East Culture at School of Continuing Education of Nankai University from 2007 to 2012. He joined Shanghai City Entertainment Group as rehearsal master in 2011, and Chongqing Ballet Theatre as a lead dancer in 2014. MA joined BeijingDance/LDTX as a dancer in September 2014.